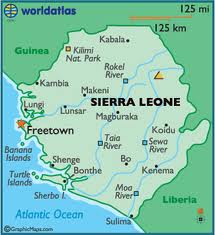 Speech of the French Ambassador, His Excellency Mr. Bertrand COCHERY, on the occasion of the presentation of his credentials (Freetown – September 28th - 2012).

It is my great honor to present to Your Excellency these credentials by which, Mr. François HOLLANDE, President of the French Republic has accredited me to Your Excellency as the Ambassador extraordinary and plenipotentiary of France to the Republic of Sierra Leone. The mission assigned to me takes place in a very crucial moment. After a terrible civil war that lasted for so long and destroyed so many lives and property, the peace consolidation process has allowed your country to hold two pluralist elections that were internationally considered as fair, peaceful and transparent. This year, in November, Sierra Leone will go once again through the process of general elections and I have no doubt that these will be as fair, as transparent and, hopefully, as peaceful as the previous ones, in order to represent a new start for Sierra Leone and its courageous people.

Indeed, France is very impressed with what Sierra Leone has achieved during the last decade. Therefore, now and after this process, Sierra Leone can count on the support of France, whether this support is expressed at the Security Council of the United Nations, in various International Organisations, through the European Union or at a bilateral level. This support aims to contribute, with the rest of the international community, to the reinforcement of good governance, the establishment of a prosperous economy, the creation of employment : France is deeply convinced that Sierra Leone has the resources and the capacity to stand up to these challenges.

Having overcome what threatened her most, Sierra Leone has now become an important political player in West Africa, a region to which France is linked by so many ties and where she holds so many friendships. The stabilization of Guinea-Bissau and the handling of the Malian crisis create nowadays new challenges for peace and development in this region. France fully backs the efforts of ECOWAS in which Sierra Leone has intended to take a part and play the role of a now stable and democratic country, as a pay-back for the efforts provided by her neighbors during the crisis that hit your country. As for as the relations with her neighbouring countries are concerned, I am equally confident that the Mario River Union will give room for new cooperation, particulary with guinea. I know that President Alpha Conde is deeply committed to the strenghthening of links on both sides of the border for the future and peace of the Region. 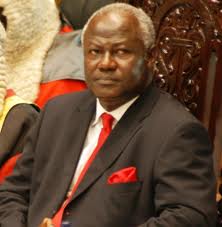 I am pleased to say that bilateral cooperation between France and Sierra Leone has recently made a step forward in a new programme to promote the teaching of French. The French Defence Attaché joined forces with the French Cultural Centre in Conakry to conduct French teaching lessons for the benefit of the RSLAF. These are currently provided, and have been since December 2011, for the cadets in Benguema as well as for the commissioned officers at the Wilberforce Signal Centre. In those military facilities, two class-rooms have been fully equipped with computers, lap-tops, TV-sets, books, furniture and air-conditioning. In the meantime, the French Cultural Centre continues with the French teaching lessons provided to Sierra Leonean civil servants from the Ministry of Foreign Affairs and State House. Within the coming weeks this program will be extended to several civil servants who work for the Ministry of Justice.

Of course, when it comes to make an assessment on the French presence in Sierra Leone, one has to cite the four French NGO’s that are present in this country : ACF – ACTION CONTRE LA FAIM, HANDICAP INTERNATIONAL, INTER AIDES and SOLTHIS. They all work on very different issues for the benefit of the people of Sierra Leone, here in Freetown and up-country, and everybody knows that the French people who run and work for these NGO’s represent France at her best, every day. That is why I would like to thank and congratulate them for their most valuable work.

French presence in Sierra Leone is also increasing on the economic level and it is our mutual goal to strengthen and develop it furthermore. That is why, the first Sierra Leonean Investment Road show was held in France from 16th to 20th April, 2012. The Hon. Minister of Trade and Industry led this mission to Paris, and they had the opportunity to meet with high level political personalities and officials of the French Government and Administration, as well as with business organisations and private companies. This Investment Road Show was conducted in a highly professional manner and the feedback from Paris was very positive : as a result, I can say that there are already several French investors entering discussions, whether with Sierra Leonean partners and Administrations, or with the French Diplomatic Office in Freetown, with the aim of operating in the near future in Sierra Leone. Tourism may be the first sector in which we will see these new partnerships come to fruition but there are also industrial and agro-industrial projects under discussion. Those new projects will come in addition to the French companies which already operate in Sierra Leone. Today, with BOLLORE, TOTAL, AIR FRANCE, SKY HANDLING PARTNERS, AGS FRASERS, CATERING INTERNATIONAL SERVICE, DELMAS VIELJEUX, F-SCOTT, GAIA INTERNATIONAL, EDEN PARK RESORT and PETROGAS, as well as some individual entrepreneurs, we can safely say that the French business community is expanding rapidly. I sincerely hope that our joint efforts will create new opportunities for French companies to come and invest here, in order to help building the future development and prosperity of Sierra Leone. 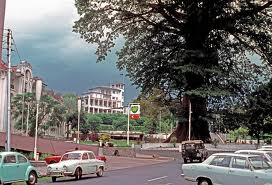 France is proud to stand as a friend of Sierra Leone and I would like to assure you that I will personally commit myself to reinforce and intensify the friendly relationships between our two countries and our two peoples.

I sincerely thank you in advance for the kind support and attention you will bring to my action./.